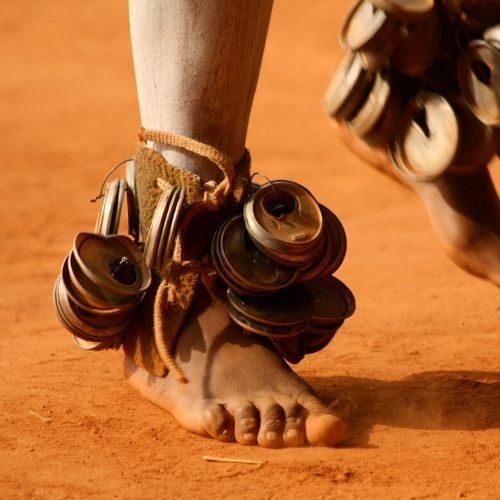 THE GREAT
BATTLE AT BLYDE

The Blyde Canyon is one of the worlds most beautiful natural features, known to be the largest green canyon in the world and home to an interesting array of wildlife.

Today, the area is a popular tourist destination for overseas visitors who have made the long trek to our shores. It is a popular stop over en-route to the Kruger Park.

Long before the area was on the map, a great battle took place between two opponents : The Mapulana tribe led by Chief Maripe Mashile, and the Swazi soldiers led by King Mswati II.

The Mapulana people had settled in the area surrounding the Blyde Canyon during a time of hostilities among the indigenous tribal groups of Southern Africa in a period known as the “Mfecane”, meaning ”crushing or scattering”. This period led to the displacement of many groups in the region.

King Mswati II had just come to power after succeeding his father in 1845 and began a series of raids that sent fear into the minds of people near and far.

In 1864, a group of raiding Swazis attacked the Mapulana living beside the Blyde River. The Mapulana retreated to the top of a nearby mountain and began gathering large rocks at its peak, in readiness for the imminent attack.

The Swazi raiders realized the dangers of attacking the mountain without cover and retreated close-by, where they would wait for the mist to cover the peak and use that as cover to attack the unsuspecting Mapulanas on the summit.

They didn’t have to wait long when, one night, a layer of mist took the mountain and the Swazi soldiers moved up to the peak, approaching from the South. The Mapulana were ready and waiting, and when the first Swazi was spotted they unleashed the large pile of boulders and sent them crashing down the path. The unsuspecting Swazi soldiers were dealt heavy casualties as a result.

It is said you can still see the bones of those Swazi soldiers among the inaccessible rock crevices of the mountain.

The mountain where the battle took place was named Mariepskop, after the Mapulana chief Maripe Mashile who so effectively led his people that day.

The location where the Swazi party set up camp while waiting to attack was along the Blyde River next to a large buttress. This was later given the name Swatini meaning ‘place of the Swazis’. Today a holiday resort is located here, incorrectly named Swadini.

The river where the Swazis were defeated was named ‘Motlasedi’ meaning ‘where the battle took place’. Today the river is also known as Klaserie which is an Afrikaans distortion of the word Motlasedi.

The battle became knows as Moholoholo meaning ‘the great battle’.

The surviving Swazi people feared returning to their king, believing they would be killed as a result of their failed mission. They chose instead to settle in other parts of the region, where they are still found today.

Around the same time, small groups of Voortrekkers were moving through the area in search of a way down the great escarpment to reach the port of Laurenco Marques, in what is known today as Mozambique. This eventually led to the establishment of the town of Orighstad and Lydenberg nearby.

THINGS TO DO
Explore the canyon with us